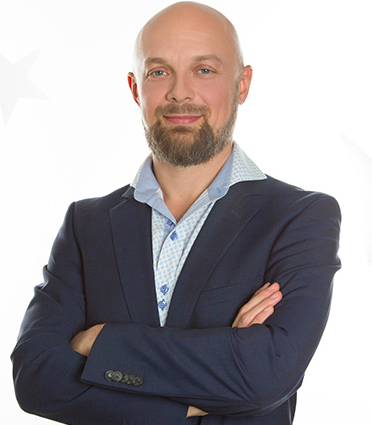 There are currently two main methods for using foils in the context of aligner production - multiple-thickness and single-thickness. The first method was developed back in the 20th century, when aligners were produced on plaster casts. Teeth were separated and moved manually on the model and then each step was vacuum-formed. Due to the dexterity of the process, micro movements such as 0.25 mm were hard to control and implement. As a result, staging in this method was rather crude, introducing steps of not less than 0.5 mm and very often, even 1.0 mm.

In order to enable the prescribed movements and to reduce the patient’s discomfort, the following methodology has been employed. First, a thin and soft aligner with a thickness of 0.5 mm is produced. Then, a second aligner is produced on the same model, using a 0.75 mm foil. In the last stage, the same model is used once again to produce a third aligner tha is usually 1 mm thick. Certain variations to this method exist, utilizing foils of 0.5, 0.625 and 0.75 mm, for the first, second and third aligners respectively.

The main advantages of the multiple-thickness method are twofold: 1) fewer models are needed for the process; 2) lower-resolution 3D printers can be used. Today, with the abundance of accurate 3D printers and the relative lower print cost per model, such considerations are no longer relevant and we therefore expect the mult-layer approach to soon become obsolete. On the other side, being more simple to produce, more comfortable to wear and yielding more predictable results, the single-layer approach will remain the only production method in this arena.

This material is very similar to the regular PET material, from which water bottles are being made, with a slightly changed formula for better elasticity. PETG foils are used by the majority of aligner manufacturers. In the US, the best known brand is Essix from Dentsply but we in eXceed prefer to work with other brands such Biolon from Dreve or Duran by Scheu Dental.

Production of PETG foils goes as follows: A mix of material is produced and later is cut into the different sizes and forms (square or circle ones, or in the case of larger machines that press 9 aligners at once - rectangular sheets). Almost all producers outsource their production to China so there are some technological challenges that appear as a result. The manufacturing tolerance is about 0.1 mm, so in case of the 0.75 mm sheet, the range may be between 0.65 to 0.85 mm. Even within the same sheet itself, there may be areas that are not uniform in their thickness. This in turn may lead to forces that are exerted unequally on the teeth and therefore, some deviations from the virtual set-up are expected.

Another disadvantage with PETG stems from the fact that the material is relatively rigid. Aligners made from that material lose their form and can break faster than aligners made from more expensive materials. However, we don’t think this issue is critical. According to our internal observations, only 1% of PETG aligners break. While not an ideal scenario, the ability to quickly 3D print a new model and produce a new aligner makes this problem more manageable.

Yet, the fact that PETG aligners lose their elasticity faster is more significant. According to recent studies and our internal observations, PETG aligners lose elasticity after 3 days and if the necessary movements are not achieved within that time frame, the pressure on the teeth is reduced.

Moving to the benefits of PETG, they are clearly quite overwhelming as this is the foil that’s used for most aligners produced today. In a nutshell, PETG is cheap, easy to use and there is a large variety of producers to choose from. The average price for a single foil is $USD 1.5-2.0, significantly lower than the other foil alternatives discussed below.

PU foils are considered to offer more benefits than PETG when used for aligners production. Zendura from Bay Materials is a well known PU brand that was used by Align Technologies before developing SmartTracks, their own proprietary PU-like foil. The most notable factor differentiating PU from PETG is the fact that the former is actually made of three separate sheets that are “glued” together, totalling 0.75 mm.

The advantage of such “triplex” technique is that PU is significantly more flexible than PETG. It breaks less frequently and keeps the elasticity longer. As a result, pressure on the teeth is maintained for an average of 7-9 days, allowing the aligner to exert constant forces almost throughout the recommended 2-weeks wearing period.

Despite its superior characteristics, PU also has some chemical drawbacks. The material is hydroscopic, which is important by vacuum forming. The producer dries it out and packs it into hermetic bags so the material has to be used pretty fast after opening the bag. If it remains open for a week, it has to be dried out again. Operators need vacuum form and produce the PU aligners within 10 minutes after opening the bag.

Here is the list of materials that are recommended by eXceed. 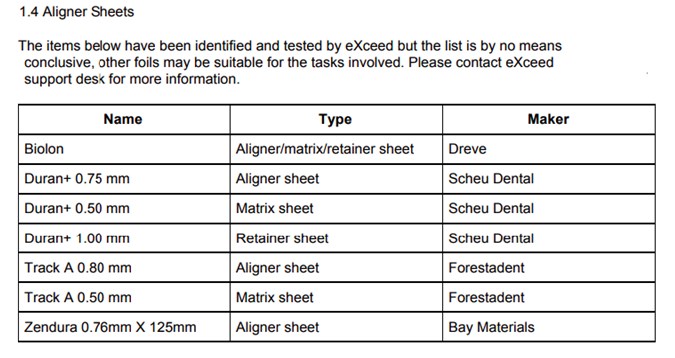 The detailed guide for an in-office aligner production can be found here. 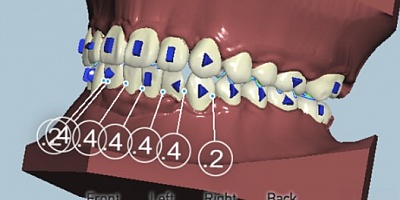 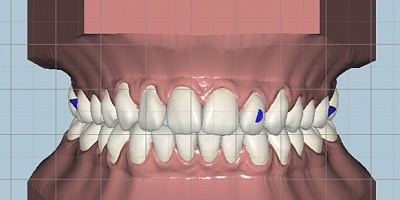 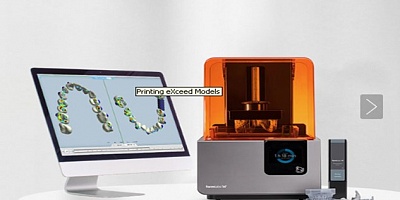 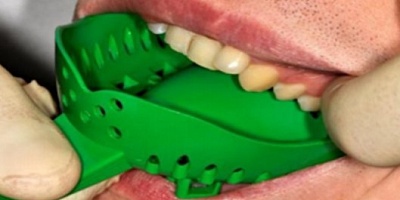